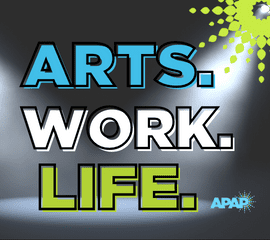 Quick Links: Synopsis | Transcript | Resources | Support
ARTS. WORK. LIFE. is a podcast from the Association of Performing Arts Professionals about what it's like to work in the performing arts, featuring bold, untold stories from arts workers. 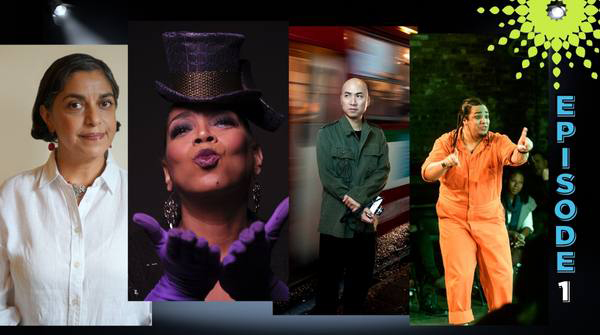 Inclusion: What does it mean to be "In the Room"?

Inclusion is a word that’s thrown around a lot in the performing arts industry. As for true inclusion---actually making spaces welcoming and equitable---there’s a lot of work to be done. But when it feels like you’re speaking a different language, it can be hard to get on the same page, let alone into the same room. All three of the stories in this episode start pre-pandemic and demonstrate how the past few years forced people to re-evaluate their very definition of inclusion.

In this episode, independent producer, artistic director, cultural worker Claudia Norman (Jackson Heights, NY) advocates for the voices not in the room (or on Zoom); musician Lynne Jordan (Chicago, IL) reconciles her disability with the physical barriers in performance spaces; artist, writer, academic and arts administrator Michael Sakamoto (South Hadley, MA) describes the trauma of leading DEI efforts in white-led institutions; and Anthony Torres (Miami, FL), executive director of the theater company Combat Hippies, explains how his experience as a trauma therapist made him more committed to amplifying marginalized voices through his art.
Play this episode

NOTE: The transcript below is provided to make the podcast more accessible to our audiences. Designed for the ears, the podcast is meant to be listened to. Stream the podcast here.

The following APAP resources may be valuable to our listeners.

Act One: The First Step

View all of APAP's anti-racism resources.

This podcast made possible with the generous support of The Wallace Foundation and listeners like you. Donate here.