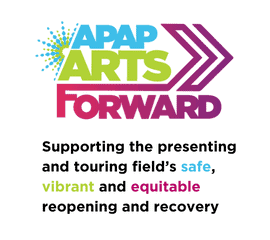 About The APAP Honors

The APAP Honors celebrates and recognizes trailblazers and visionaries of the performing arts field. For more than five decades, the coveted awards were presented annually as part of the APAP Awards Ceremony traditionally held at the annual APAP|NYC conference.

This year’s APAP Honors was held virtually on Tuesday, May 24 and honored nominees and awardees and celebrate the performing arts workforce. The event also featured the APAP Awards and special presentations of the Annual NAPAMA Awards, the Halsey & Alice North Award for APAP Board Alumni, and for the first time, an award from the Creative & Independent Producer Alliance (CIPA).
RSVP to The APAP Honors
As we work to sustain our field and look to the future, honoring the accomplishments of field leaders is more important than ever. The four APAP Awards are: the Award of Merit, the Fan Taylor Distinguished Service Award, the William Dawson Award, and the Sidney R. Yates Advocacy Award. APAP members were invited to nominate artists, agents, managers, presenters, organizations, and other arts professionals whose hard work, dedication and vision have contributed to the strength, impact and resilience of the performing arts industry. The deadline for nominations was Wednesday, April 20, 2022 at 5:00 p.m. (EDT). Nominations were reviewed by an Advisory Committee of 12-15 arts professionals and supporters.

APAP is committed to advancing Racial Equity, Diversity, Inclusion, and Accessibility in the performing arts field. Recognizing that all people of all races, cultures and genders contribute meaning to our humanity and the performing arts, we promote the collective power of multiple voices. We encourage nominations of individuals who identify as people of color, Native and Indigenous, LGBTQIA2S+, women, and people with disabilities, and those who demonstrate and promote values of diversity, equity, and inclusion. We also encourage nominations of people who are under the age of 35.
RSVP to The APAP Honors 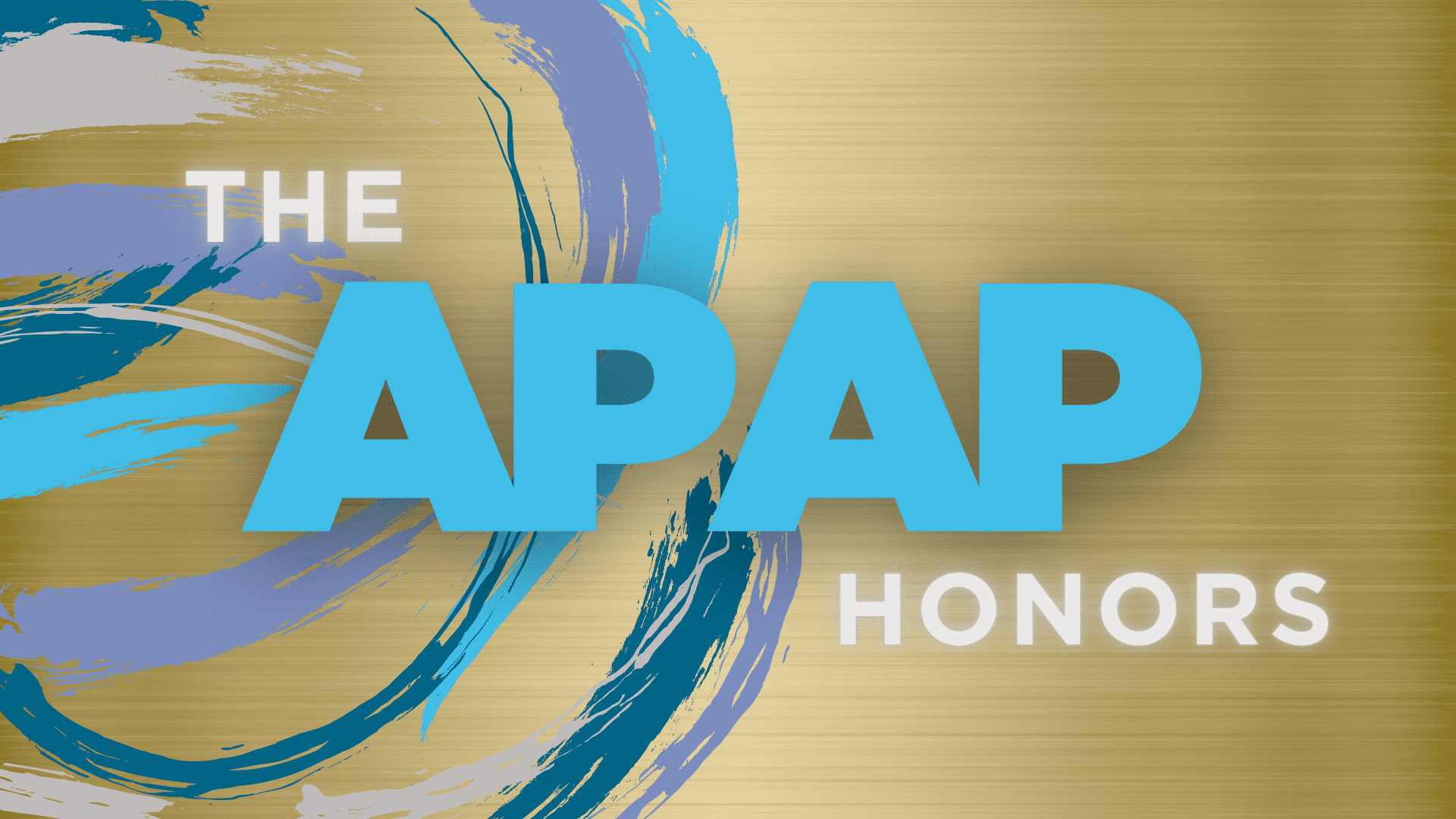 Nomination Requirements for the APAP Awards

THE AWARD OF MERIT FOR ACHIEVEMENT IN THE PERFORMING ARTS

THE SIDNEY R. YATES AWARD FOR OUTSTANDING ADVOCACY ON BEHALF OF THE PERFORMING ARTS

APAP is also pleased to announce Olga Garay-English as the 2021 recipient of the Halsey & Alice North Board Alumni Award. Garay-English is currently an independent arts consultant and is Senior Advisor for International Affairs to Fundación Teatro a Mil. The Halsey & Alice North Board Alumni Award is presented to an APAP Board Alum who has demonstrated in their words and actions the beautiful spirit of generosity and giving, not only on a continuing basis to Association of Performing Arts Professionals, but to the field at large.
Additionally, we look forward to celebrating the recipients of the NAPAMA Awards who were announced in January: Kevin Spencer, Self-Represented Artist, Educator and Advocate, Hocus Focus, Inc. will receive the Liz Silverstein Award for Agent-Manager of the Year, and Hollis Ashby, Artistic and Executive Director, Williams Center for the Arts will receive the NAPAMA Award for Presenter of the Year.
Replay the Event

Award of Merit for achievement in the performing arts

Awarded to an individual, group or ensemble whose genius, energy and excellence have defined or redefined an art form for today's audiences and has had a profound and lasting effect on the performing arts.

The Sidney R. Yates Advocacy Award honors an individual, or an organization, for a particular advocacy effort or for a sustained advocacy campaign at the national, state or local level that has had a significant impact on the performing arts. The award honors the late Congressman Sidney R. Yates, whose commitment to the arts was legendary and who continues to serve as an inspiration to all of us.

The Fan Taylor Distinguished Service Award is presented to an individual whose outstanding service, creative thinking and leadership have had a significant impact on the profession of presenting and/or on the Association of Arts Professionals. This award honors Fan Taylor for her many contributions to the field of presenting. Taylor was instrumental in the development of what was then called the Association of College and University Concert managers. She served as Arts Professionals' first secretary-treasurer and eventually as the first executive director.

The William Dawson Award for Programmatic Excellence is presented to an individual or organization for the quality, innovation and vision of program design, audience building and community involvement efforts. The award is named to honor William M. Dawson for the service he provided to the field of arts administration during his 14 years as Director of the Association of Performing Arts Presenters, then the Association of College, university and Community Arts Administrators (ACUCAA).

RSVP to The APAP Honors

2021 NAPAMA Presenter of the Year

The APAP Honors 2022 is sponsored by IMG Artists. 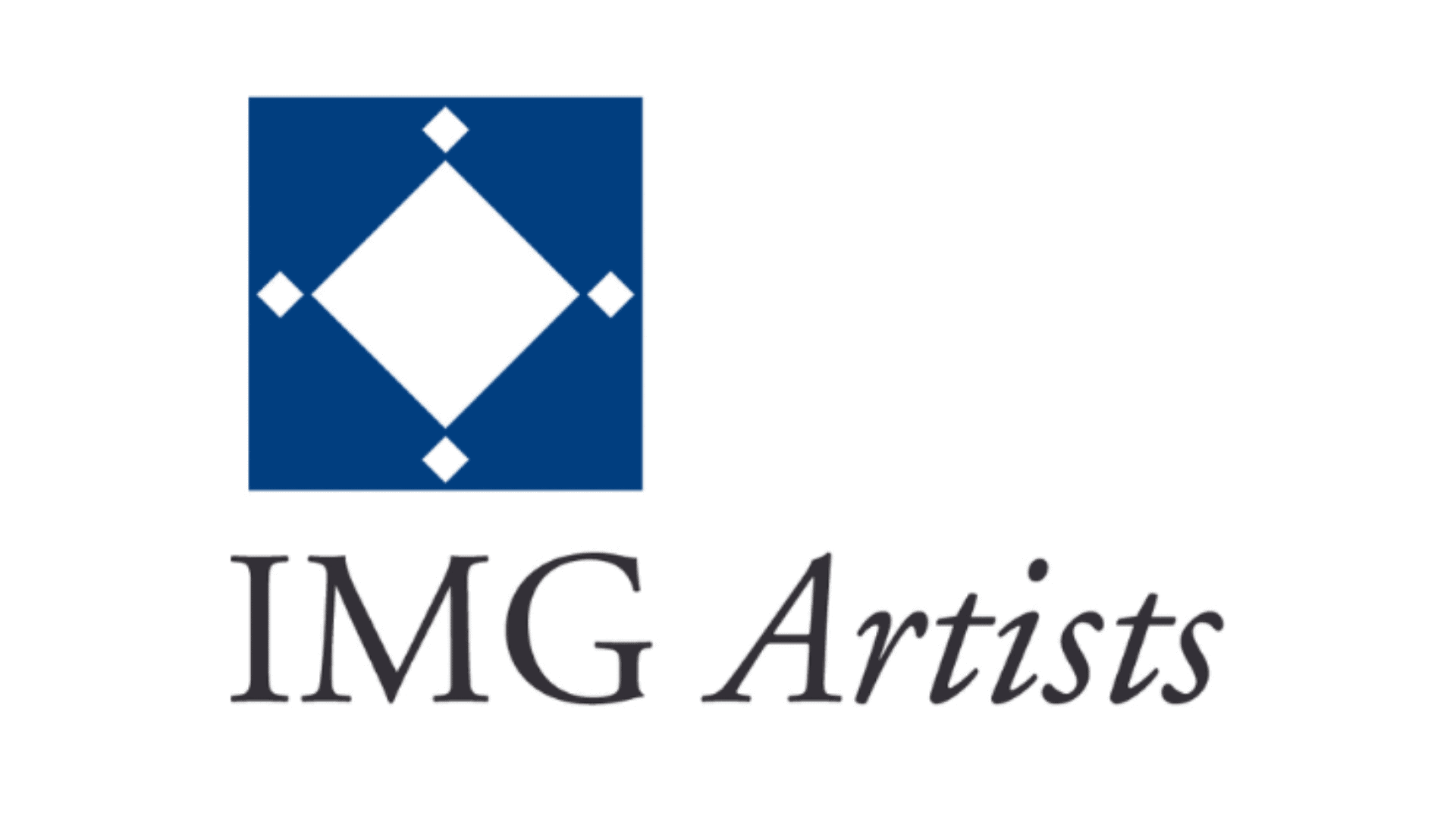 The video below is the replay of last year's APAP Honors event. Don't miss the livestream of this year's event on May 24, 2022!

RSVP to The APAP Honors